What is the difference between Scoring Algorithm 1.0 and 2.0?

After collecting thousands of data points from our users, we identified Scoring Algorithm 1.0 groups results too tightly to be effective for differentiating between organisations. 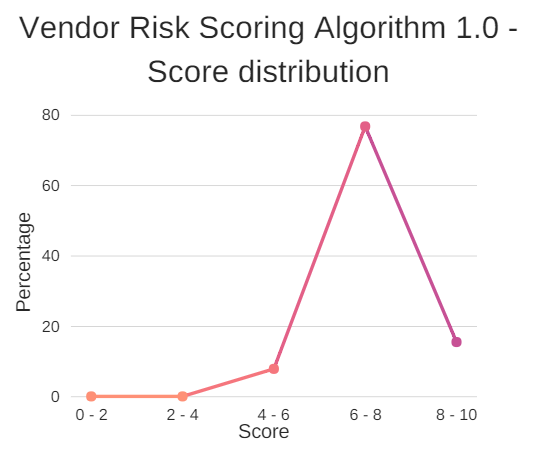 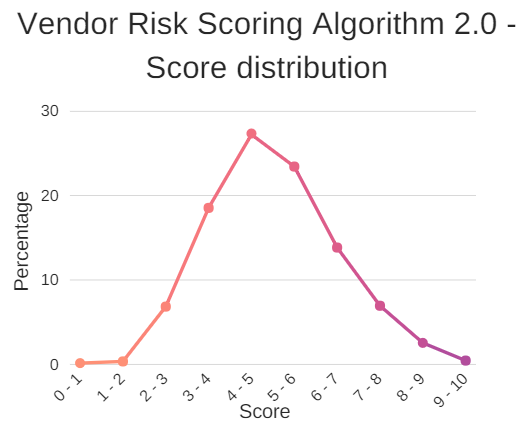 Impact of the scoring algorithm change

For most organisations, scores will drop.  While this may be concerning for organisations seeing it happen, what it does allow is for a better assessment of how you stand in relation to other organisations.

Scores of close to 10 are - quite rightly - in rarefied air.  There are relatively few organisations operating at that level of security maturity.  Scores of under 4 are not uncommon and this also reflects reality.

A detailed explanation of the changes

Note 1: The "Penalty on Final Score" component has been introduced to recognise a set of checks that are rarely failed by organisations and so should receive minimal positive impact from passing it; but should receive a significant negative penalty in the even that they do in fact fail.  This penalty provides that adjustment to distinguish between the upside and downside of passing vs failing.  The "Penalty on Final Score" was introduced in Scoring Algorithm 2.0.

Note 3: A significant number of these checks, over tens of thousands of domains, failed to produce any 'positive' results, as a result of which the majority of them were decommissioned in October 2018 with the view to replacing them in future with higher fidelity checks.